PowerShell scripts to automate the migration from direct license assignment (in Office 365/Azure AD) to group based licensing. This assumes you have on-prem AD and will be adding users to AD based groups, although the scripts could be tweaked to use AAD groups.

I wrote these scripts to automate the migration of users, they are a bit rough and ready so make sure you understand and test these well before using in a live environment.

The scripts will do the following:

1st script assigns users to AD groups for individual plans e.g. components of E3 such as Teams or Planner. It will check which direct assigned licenses the user has, and add them to the appropriate group.

3rd script removes any direct assigned SKUs, leaving just the group assigned plans and SKUs (make sure replication has completed, I would leave at least an hour for AAD to make the license changes).

You may only need script 1 or 2 depending on how you organised your AD groups, I would normally recommend one group per service in the plan e.g. Exchange P2, Teams etc, but sometimes it also make sense to have a complete SKU e.g. Visio or EMS.

Firstly, the scripts use a connection script:

Dealing with OneDrive data for leavers 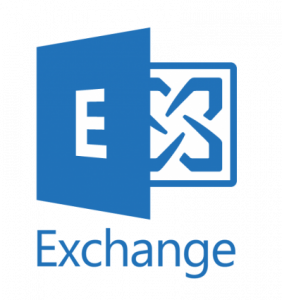 We use cookies on our website to give you the most relevant experience by remembering your preferences and repeat visits. By clicking “Accept”, you consent to the use of ALL the cookies.
Cookie settingsACCEPT
Manage consent

This website uses cookies to improve your experience while you navigate through the website. Out of these, the cookies that are categorized as necessary are stored on your browser as they are essential for the working of basic functionalities of the website. We also use third-party cookies that help us analyze and understand how you use this website. These cookies will be stored in your browser only with your consent. You also have the option to opt-out of these cookies. But opting out of some of these cookies may affect your browsing experience.
Necessary Always Enabled
Necessary cookies are absolutely essential for the website to function properly. These cookies ensure basic functionalities and security features of the website, anonymously.
Functional
Functional cookies help to perform certain functionalities like sharing the content of the website on social media platforms, collect feedbacks, and other third-party features.
Performance
Performance cookies are used to understand and analyze the key performance indexes of the website which helps in delivering a better user experience for the visitors.
Analytics
Analytical cookies are used to understand how visitors interact with the website. These cookies help provide information on metrics the number of visitors, bounce rate, traffic source, etc.
Advertisement
Advertisement cookies are used to provide visitors with relevant ads and marketing campaigns. These cookies track visitors across websites and collect information to provide customized ads.
Others
Other uncategorized cookies are those that are being analyzed and have not been classified into a category as yet.
SAVE & ACCEPT
%d bloggers like this: